Enel, what can we expect?

Enel volumetric analysis, with static support in the 7.50 area, with double minimum, what should we expect?

The false break that took place at the beginning of 2021, followed by two subsequent tests of the 8.60 area has now materialized in the bearish correction that began in the spring of this year, which saw the stock lose almost 20% from its all-time highs. The question we ask ourselves now is to understand whether it is appropriate to return to the long position on the static support subject to double minimum in the 7.50 area or not. 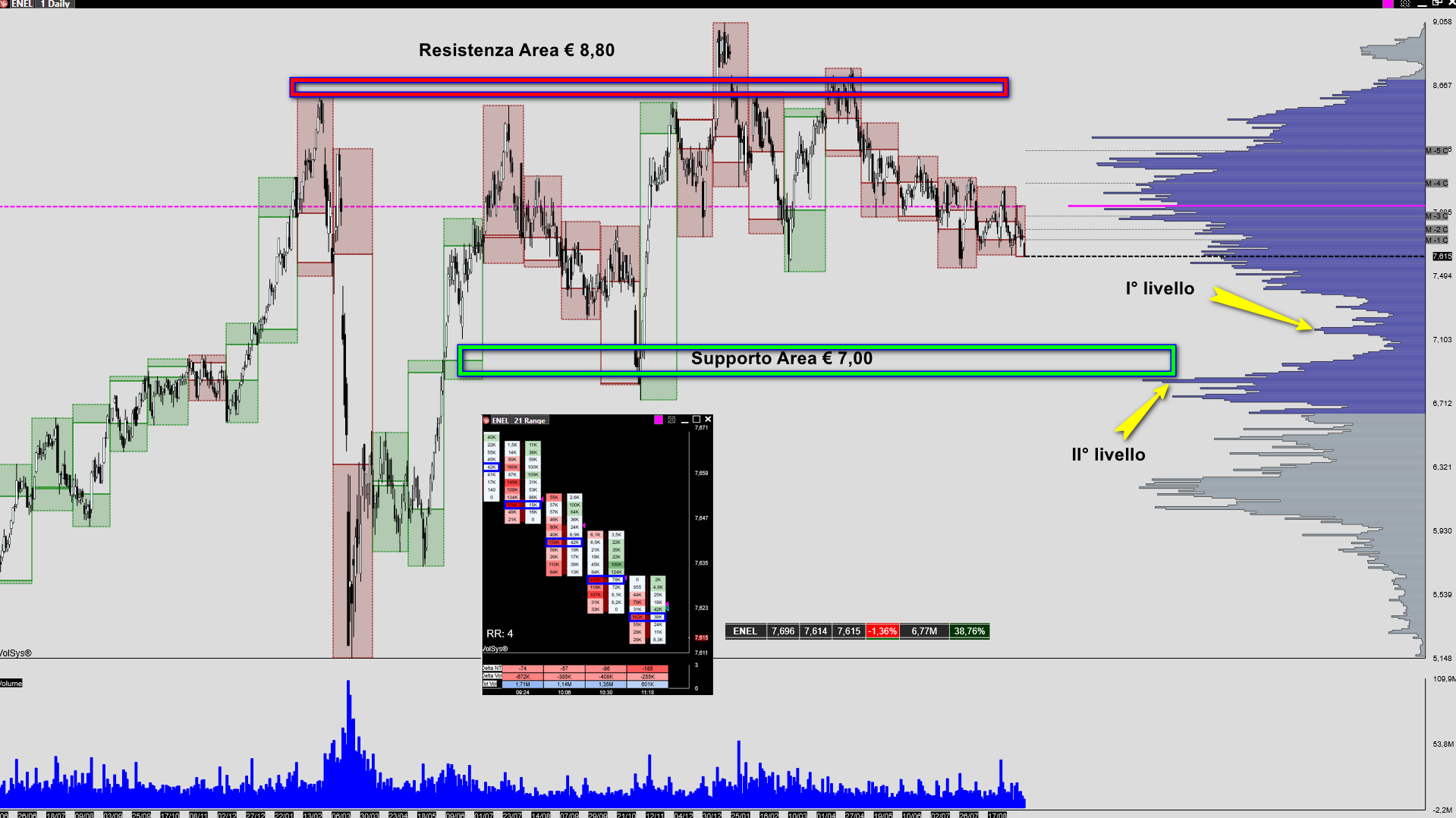 The volumetric analysis of the Volume Profile Composite that can be seen on the right and the strong short pressure currently present, suggests two levels to pay attention to south of the upper distribution, namely 7.15 and 6.90 which in the absence of a strong responsive buy in 7.50 area will probably be subject to negotiation and where we will look for long evidence to re-enter the position on the stock which at those prices would have a dividend yeld of about 5%

The analysis of the volumetric thrusts, highlights even more the inability to go back to the moment of the title, as we have three evidences: 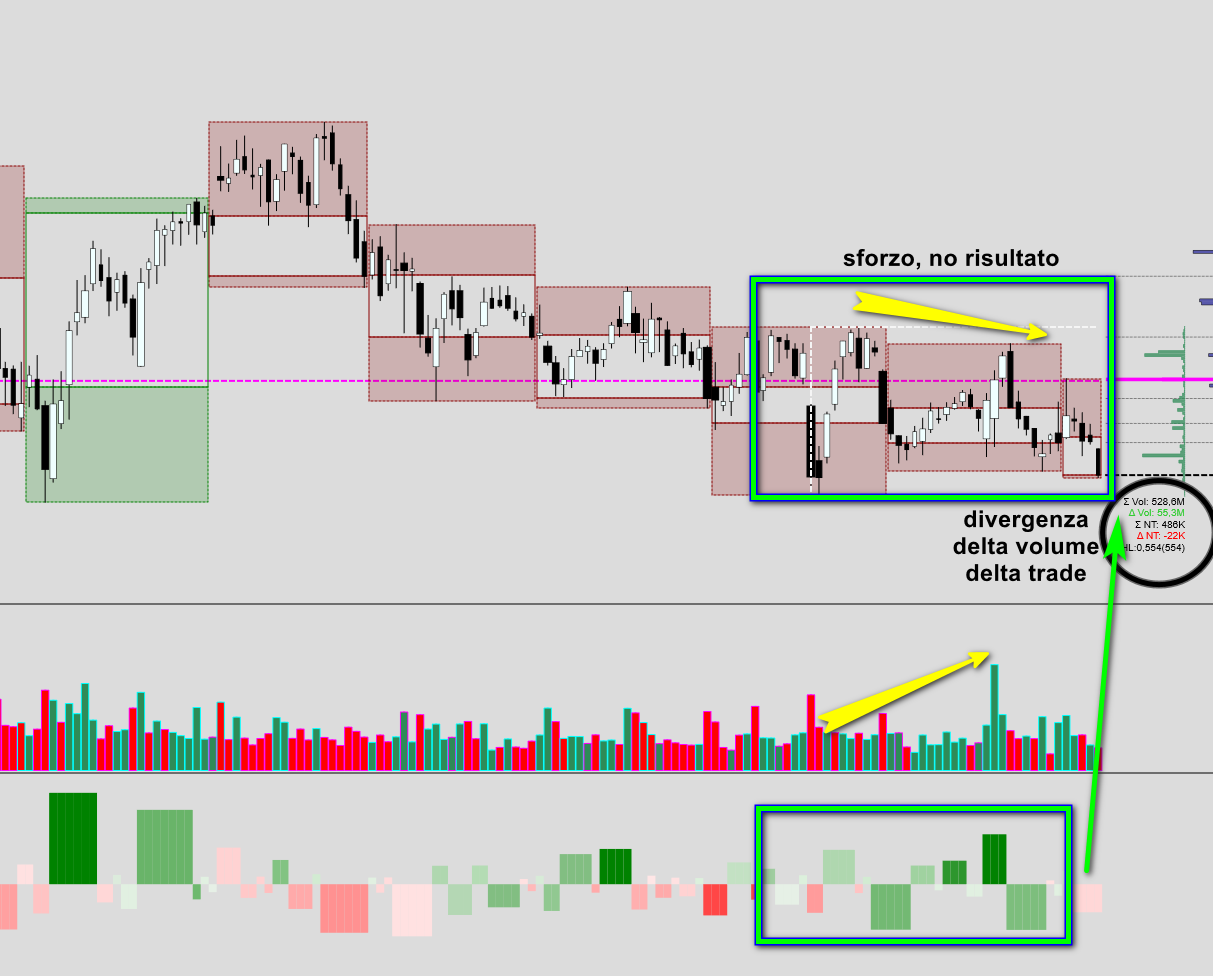 3 - divergence between delta trade and delta volume, which indicates that large long trades have been negotiated, but that at the moment have not produced the desired result

All these things together signal us to pay close attention to the current price level of € 7.60, which in our opinion could be broken in the near future.

Are you intersted on what you are seeing?

If you want more information about our services, please contact us leaving your email or mobile phone.

You can accept the use of this technology closing this modal clicking the "Accept" button or clicking outside the modal.

Are you using another platform?